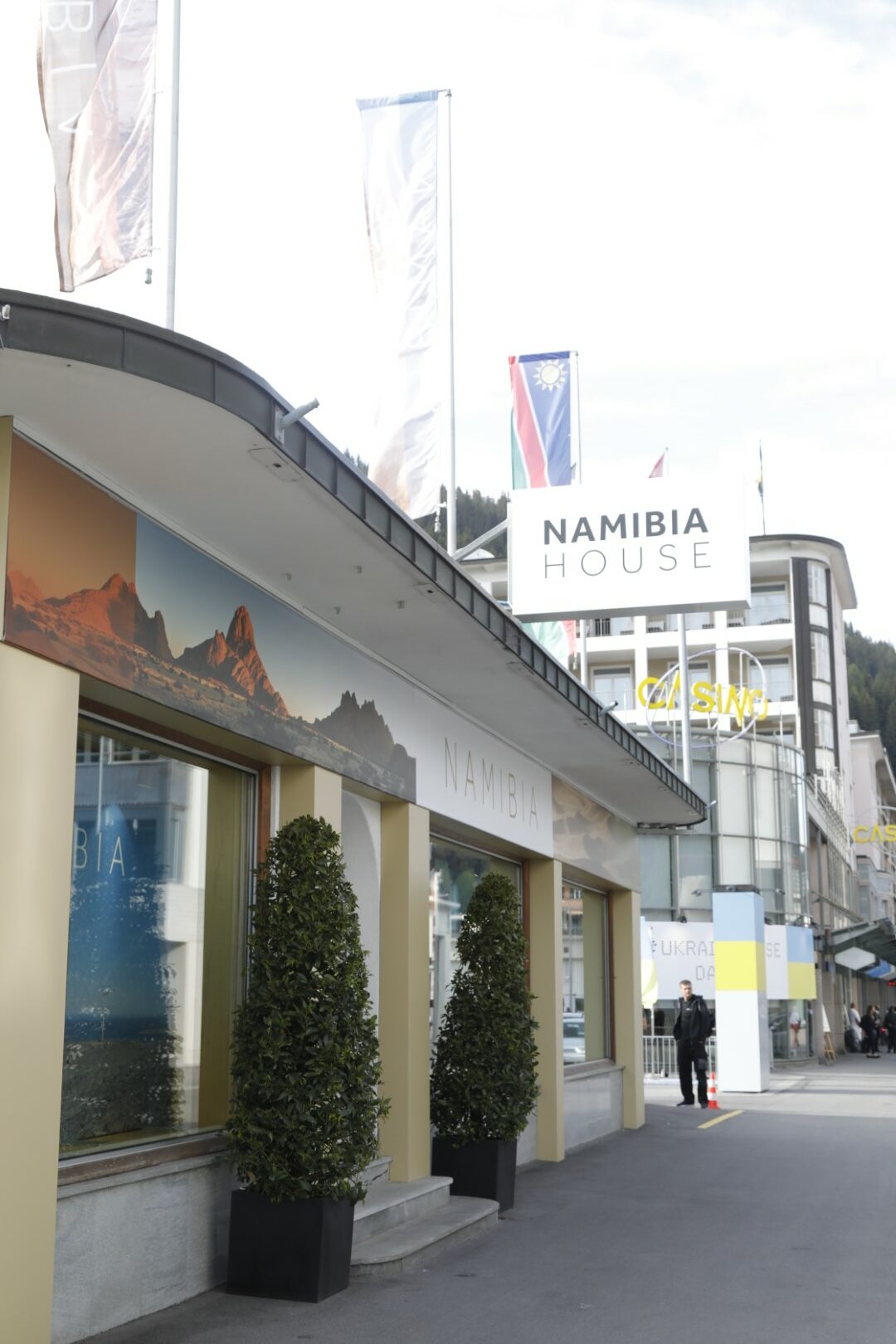 Namibia, 01 June 2022 – Last week, as leaders gathered from around the globe at the World Economic Forum (WEF) in Davos, Switzerland, the Namibian Government reported on the progress made with respect to Namibia’s first large-scale vertically integrated green hydrogen project, with Hyphen Hydrogen Energy (Hyphen).

At full scale development, the Hyphen project will produce 300,000 tons of green hydrogen per annum before the end of the decade for regional and global markets, from 5-6 GW of renewable generation capacity and 3GW of electrolyser capacity, cutting 5-6 million tonnes per annum of CO2 emissions. According to Hyphen’s plans, the first phase of 125,000 tons of green hydrogen production is planned to come on line at the end of 2026.

Since the announcement of Hyphen as preferred bidder at COP26, the Namibian Government and Hyphen have been working to undertake planning and pre-feasibility activities, and have agreed an ambitious timeline for negotiating the implementation agreement in line with the requirements of the tender process.

These pre-feasibility activities include a master planning process, which will focus on how the Namibian Ports Authority (Namport) will best accommodate the green hydrogen industry in southern Namibia in the future. The master plan, which will commence shortly and is proposed to be undertaken by international port consultancy, PRDW, is being developed by Namport and the Port of Rotterdam as strategic partner to Namport, with Hyphen providing technical input. The new port master plan will integrate green hydrogen exports from the SCDI with Namport’s expansion plans for other cargos to support regional growth.

The signing of the implementation agreement will trigger the commencement of a full feasibility study for the project. According to an ambitious schedule proposed by Hyphen, construction is planned to commence in January 2025, with commissioning of the first phase by the end of 2026. The total investment of the project of US$10 billion project is roughly the equivalent of Namibia’s annual GDP.

Namibia’s geography, climate, large open spaces of uninhabited land, and strong government leadership underpinned by entrenched democratic values, makes it uniquely positioned to be one of the world’s largest and lowest cost green hydrogen producers. The scope of the planned hydrogen production in the SCDI has the potential to decarbonise Namibia’s energy sector, eliminate its reliance on imported electricity and position the country as a net-exporter of clean renewable energy, assisting in decarbonising the Southern African region.

Marco Raffinetti, CEO of Hyphen Hydrogen Energy, said: “Namibia has the potential to become a global renewable energy powerhouse. It has a unique endowment of renewable resources and vast land area, and is supported by strong leadership from Government with clear policy direction and relentless drive to see this vision successfully implemented. The first project to be developed by Hyphen will act as the catalyst for the rapid scalability of Namibia’s hydrogen industry, and will drive economic growth and job creation. The Hyphen project will provide real opportunities for Namibia and its people, creating thousands of jobs, 90 per cent of which are expected to be filled by Namibians. As the first project, Hyphen is working closely with the Government of Namibia to support them in establishing the foundation for Namibia’s green hydrogen industry.”

Minister for Mines and Energy of Namibia, the honourable Tom Alweendo, said: “As the world moves towards net-zero emission by 2050, Namibia’s vast natural renewable energy resources offer is a unique opportunity to generate the energy of the future – green hydrogen. Our collaboration with Hyphen thus far has proven that better outcomes are guaranteed when partners work for a common vision. For us the time for planning is over and it’s now time to implement. We now have a clear shot at being a front runner as a continental green hydrogen production hub.”

The SCDI is amongst the top five locations in the world for low-cost hydrogen production, benefiting from a combination of co-located onshore wind and solar resources near the sea and land export routes to market. The development of green hydrogen has therefore been identified as an essential industry to drive economic growth and assist Namibia and the world in achieving global decarbonisation goals.