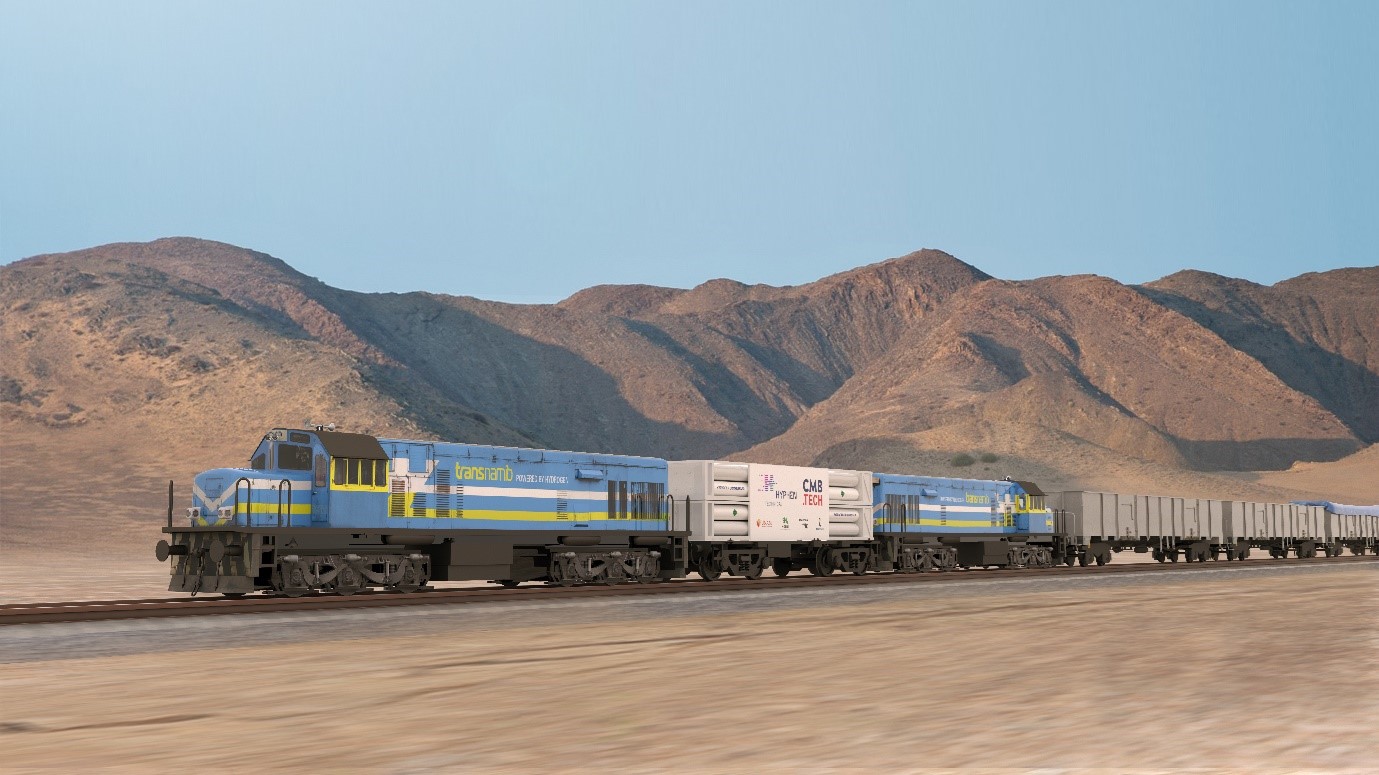 At the Namibian Green Hydrogen Conference in Windhoek, on 16th August, the four winners of the Namibian green hydrogen pilot projects were announced by Presidential Economic Advisor and Green Hydrogen Commissioner, James Mnyupe. The four pilot projects are partly funded from a share of the €30 million of grant funding made available by the German Federal Ministry of Education and Research (BMBF).

A consortium comprising of Hyphen Technical, TransNamib (the Namibian National Railways), the University of Namibia, CMB.TECH and Traxtion, were successfully awarded funding towards the consortium’s proposed €7.6 million hydrogen locomotive project, that aims to develop Africa’s first dual-fuel hydrogen-diesel locomotive to be fuelled with Namibian green hydrogen. The Hydrogen technology is provided by CMB.TECH and the hydrogen fuel is provided by Cleanergy Solutions Namibia, which is developing a green hydrogen production facility near Walvis Bay.

The project is named HyRail Namibia, in alignment with its goals of introducing green hydrogen as a fuel for locomotives in Namibia and the region. The project expected to take 18 months to complete, is comprised of the conversion of two locomotives to use hydrogen in internal combustion engines, and a hydrogen fuel storage car to store fuel for the locomotives. The prototypes will be built and adapted at the Traxtion Rail Hub in Rosslyn, South Africa and then moved to Walvis Bay for operation by TransNamib. Maintenance of the locomotives will take place in Namibia by Traxtion, which will also provide training for TransNamib technical staff. Through this project, TransNamib will be the first state-owned railway in Africa to operate hydrogen powered locomotives. The project pilot aims to pave the way towards conversion of the entire locomotive fleet in Namibia in the future.

“Hyphen Technical and its consortium partners are honoured to be chosen to develop Africa’s first green hydrogen powered locomotives under this grant programme”, said Konrad Boshoff, Hyphen Technical CEO. “We look forward to working with our consortium partners, BMBF and the Government of Namibia in taking this first step towards the decarbonisation of Namibia’s railways and take a lead in African rail decarbonisation.”

“With the grant support, we will be able to offer TransNamib the experience of operating a locomotive which can run on a clean and cheap fuel produced in Namibia. The tandem set of two dual fuel locomotives with an hydrogen storage carriage in between, will be the first in the world, and has a great potential to offer low cost logistics, which will bring new opportunities for the country”, explains Roy Campe – CTO CMB.TECH. 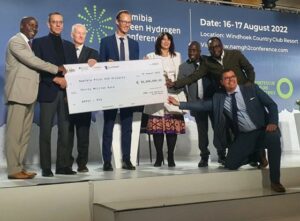 HyRail Namibia members along with other successful grant project representatives